The Fear of Faith

I have some crazy unnatural fears.  Fear of deep ocean. Have you seen some of the stuff that lives in deep ocean? There’s a Pirahana looking fish that has razor teeth with lightbulbs on it’s head. Who made that fish? Freddy Kruger?

As a child I was afraid of clowns.  I would run screaming out of the room if they were even on TV.  But everyone has a fear that controls them in someway.  And here’s why it controls us:  Because we can’t control the situation or the outcome so it produces fear in us.  Notice that when you’re broke you suddenly freaking out about how to pay bills?  It’s because you can’t control the outcome.

But there’s a different way we can choose to live……but it’s going to take faith.

This site uses Akismet to reduce spam. Learn how your comment data is processed.

Benjamin Sledge is a viral writer, graphic designer, author, and communicator. His artwork and writing have been featured in  NYT Best-Selling books as well as seen in numerous publication across the web. He frequently travels around the country educating businesses, non-profits, and churches about mental health. 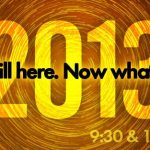 A Legacy and ApprenticeDiscipleship, Sermon